Being a fromer classroom teacher, I often have friends ask me what they should give their child's teacher for the holidays. My answer is simple: Give them something that you'd like to receive. 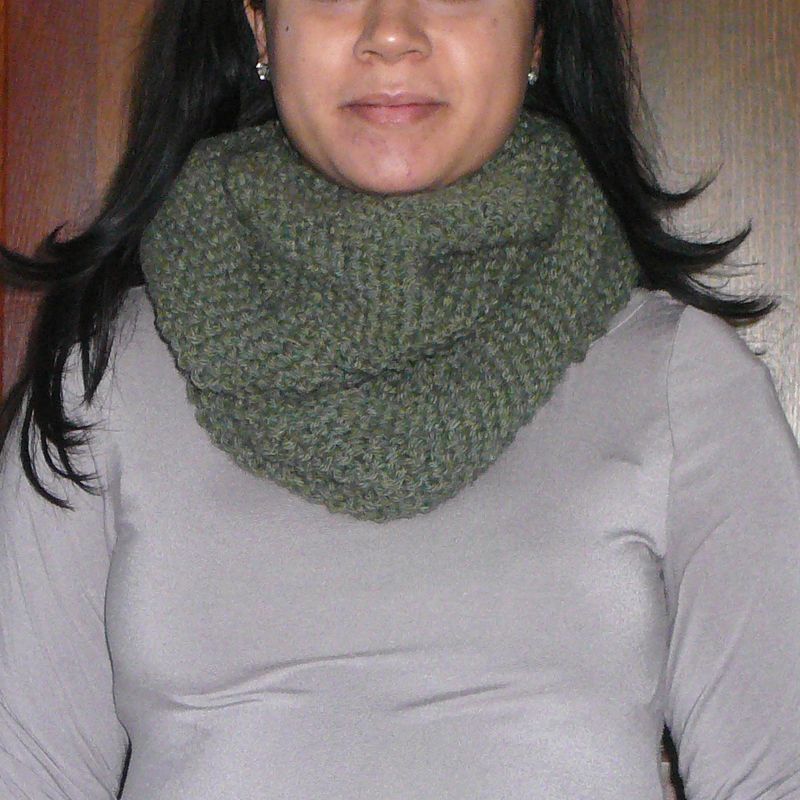 That's me modeling one of the cowls. I was eight and a half months pregnant at that point. That would explain my rather robust figure. 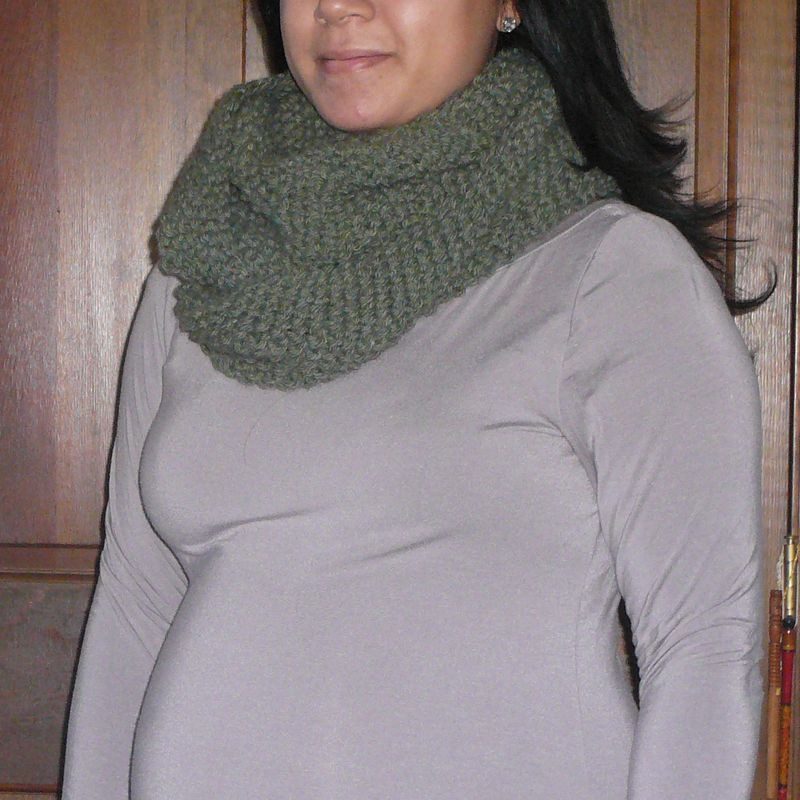 By nature I am not a procrasinator. I was the nerd in college who wrote my final papers with days to spare because I just wanted to get my work finished. But last year I sort of morphed into survival mode. By the end of my pregnancy I was retaining water like nobody's business, my husband was traveling for work every week, and my sweet three-year-old was having trouble sleeping. To say I was overwhelmed is an understatement.

Given the rather unique situation, I didn't even think about my daughter's teachers' gifts until three days before winter vacation. Yes, three days. A normal person would have gone to Starbucks and bought some cute holiday mugs plus gift cards and called it a day. Rather than take the rational route, instead I decided to make a handknit. Usually my husband is the voice of reason, talking me out of making irrational, unrealistic decisions with my time, but since he was traveling, I was left to my own crazy ideas.

Although my decision to knit two gifts in three days while eight and a half months pregnant was pretty irrational, I have to give myself some credit for chosing the pattern. The Gap-tastic pattern is trendy, stylish, warm, and cozy all wrapped into one simple pattern. It's knitted with bulky yarn and in the round so it's a quick knit without any finishing. Some may argue that the moss stitch (knit one, pearl one) can be time consuming, but, thanks to YouTube, I just taught myself how to knit continental style. All those factors combined, it took me three hours to knit each cowl.Oh, and as an added bonus, did I mention that the pattern is free? Yup. It's free! To access it you need to set up a Ravelry account, which is also free and defintely worth while if you knit or croche (or even if you want to learn to knit or croche).

Here's the second cowl I knit. This time in brown. 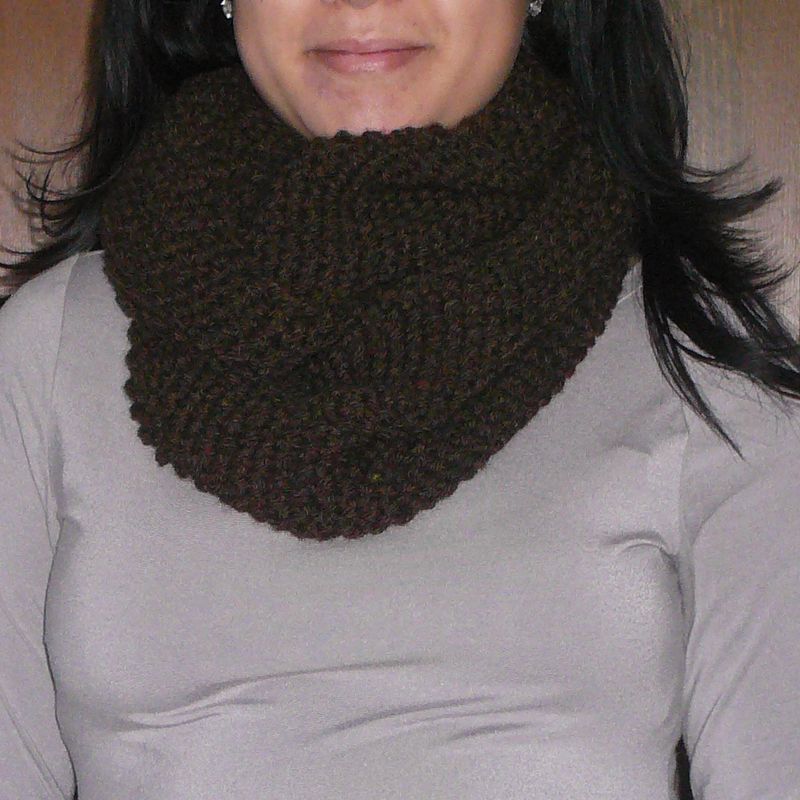 I love this pattern, and I've already made five of them to give as gifts. I'm hoping that I'll get around to making one for myself sometime soon.