I know I’ve been posting a heck of a lot of desserts. I just can’t resist a layered cake slathered in buttercream, or a cupcake piled high with frosting and stuffed with caramel. But then there’s reality. My pants, my heart, and my skin would revolt against me if I ate everything I post. I taste every single thing that I make, but I don’t eat   most of it. To keep myself from gobbling up all the sweets that are in my house, I keep a lot of flavorful, healthy, nutritious and easy to make dishes in my fridge at all times, so when I get hungry, I reach for those foods rather than the desserts. And this Quinoa Salad with Roasted Peppers has been in heavy rotation around my house these days.

I’ve been riding the quinoa bandwagon for years now. There’s a 90% chance that you can find a bowl of cooked quinoa in my kitchen, and I can say with certainty that there’s always a sack of raw quinoa sitting in my pantry. My love for quinoa stems primarily from it’s nutritional value (It’s one of the only plant-based foods that’s a complete protein. And it’s full of iron, calcium, fiber, and a multitude of other nutrients.)

Quinoa is also incredibly versatile. It pretty much tastes like nothing. Which, on the surface can seem like a negative, but that’s one of the reasons quinoa is a favorite. It pretty much takes on the flavor of whatever you pair with it. That makes quinoa the perfect addition to a flavorful salad like this Quinoa Salad with Roasted Peppers.

This version of quinoa salad has some of of absolute favorite ingredients – roasted peppers, black olives, parsley, feta cheese, chickpeas, and red onions. 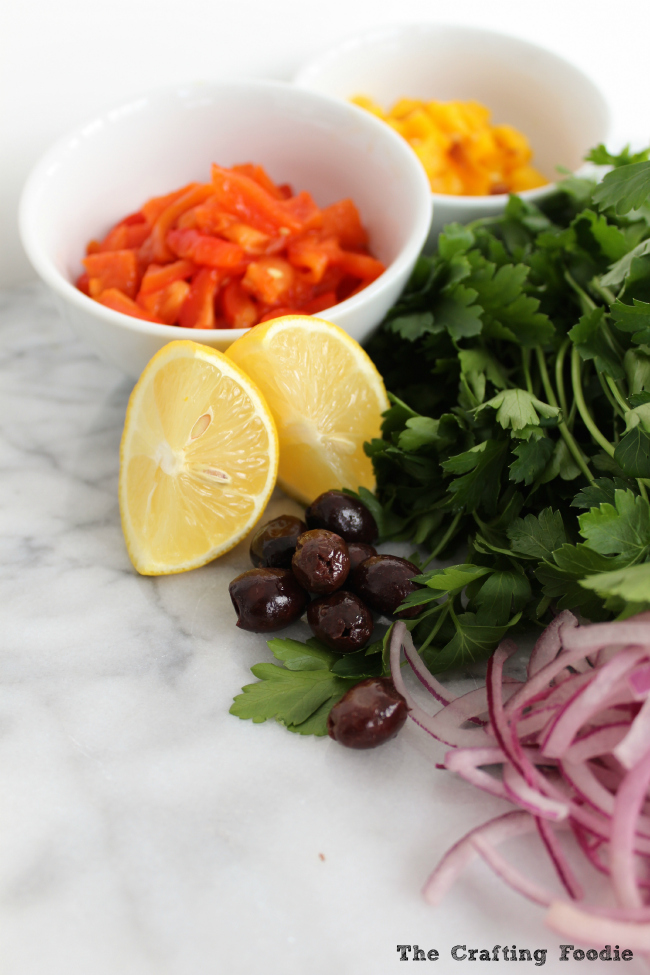 This Quinoa Salad with Roasted Peppers not only tastes good, but it tastes even better when it’s made ahead of time. The quinoa and chickpeas absorb the flavors of the dressing as it sits, making it even more flavorful.

Plus, it’s one of those salads where you can add whatever you want to it. I often throw in a handful of greens – spinach or kale. The current version of this Quinoa Salad with Roasted Peppers that’s in my fridge right now has capers instead of black olives (I didn’t have any black olives, and I wanted something sharp and salty in the salad), green onions instead of red onions (I bought a bunch of green onions for another meal, and they didn’t get finished. Instead of letting them wilt, I threw them in the salad.), and goat cheese rather than feta cheese (I used the goat cheese to make a roasted beet salad, and there was a lot left over). And let me tell you, it tastes pretty darn amazing. 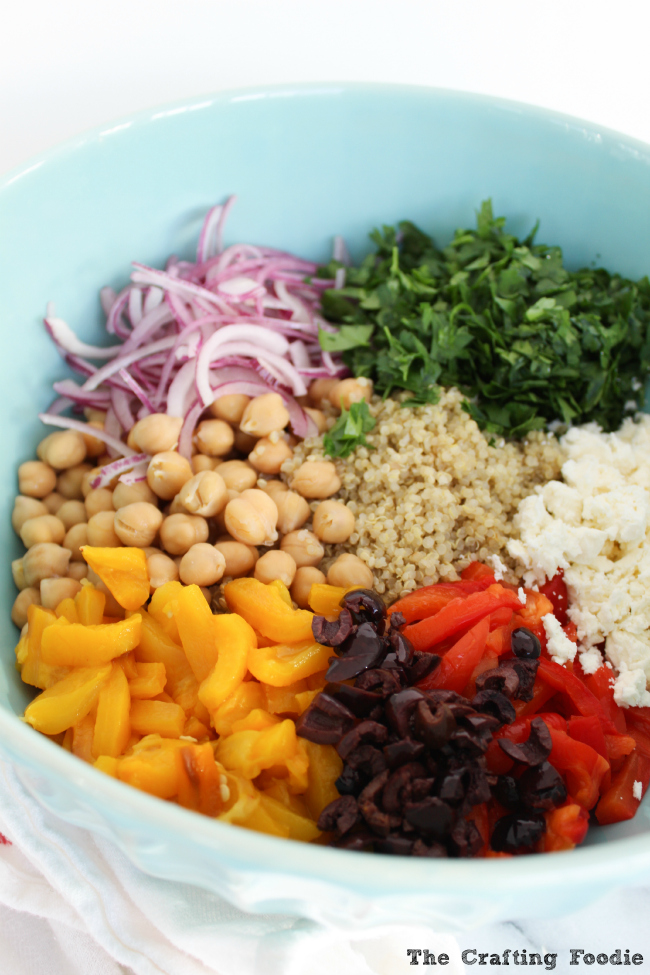 So, if you want to try this Quinoa Salad with Roasted Peppers, but your missing an ingredient or two, don’t abandon it! As long as you have the quinoa, roasted peppers, and the ingredients for the dressing, throw whichever vegetables you’ve got at home into the salad. I’m pretty sure it’ll be delicious! 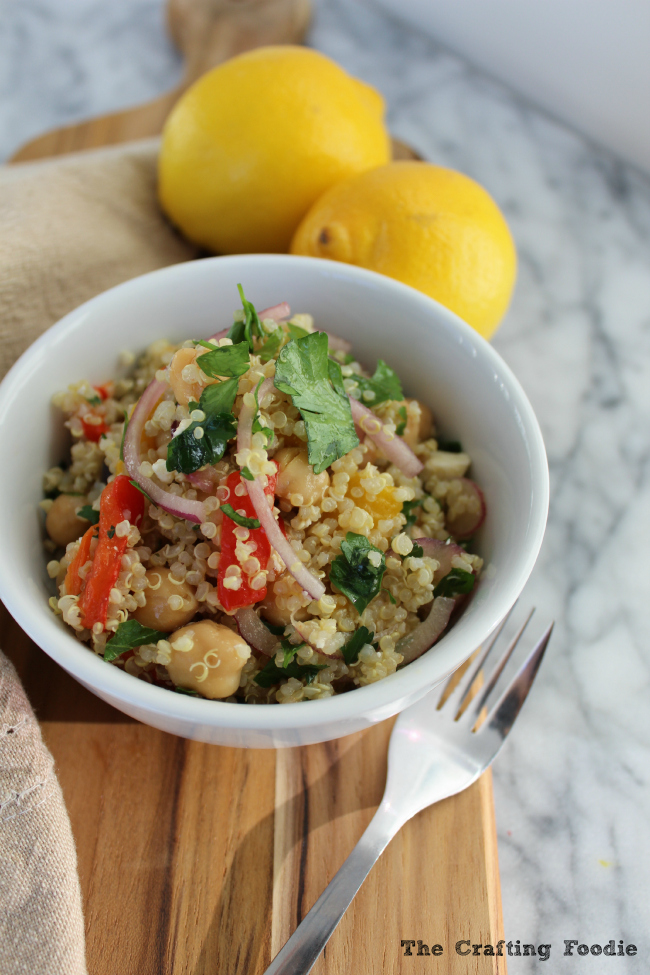 Quinoa Salad with Roasted Peppers – Gluten-Free
Prep time: 10 mins
Cook time: 20 mins
Total time: 30 mins
Serves: 4 adults as a meal
This healthy, flavorful salad is an easy, make ahead recipe this is filing enough for a lunch or as a side dish for dinner paired with roasted meat.
Ingredients
Instructions
First Roast the Peppers:
For the Quinoa:
For the Salad Dressing:
To Assemble the Salad:
3.2.2925