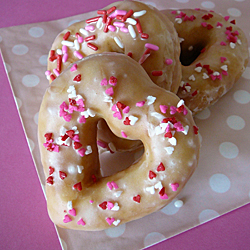 When we moved to Boston six months ago, my four-year-old doughnut enthusiast was giddy about the prospect of moving to Dunkin' Donuts land. She wasn't disappointed. Literally, there's a Dunkin' Donuts every mile or two. There are even a handful of drive-thrus scattered across the neighborhood.

What's surprising is that we've only gone to Dunkin' Donuts once since we moved here. We're not big fast food eaters, but one trip to get doughnuts in six months? Shocking!

Our absence from Dunkin' Donuts establishments continues because we made these deliciously light and airy glazed doughnuts at home in celebration of my husband's birthday. 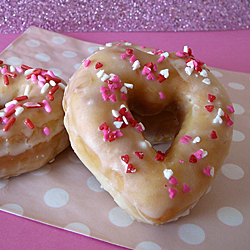 The doughnuts are yeast based, but what's great about this recipe is that they do NOT need to rise overnight. So, if you're willing to eat doughnuts in the afternoon rather than the morning, it's possible to start the doughnuts the same day you're planning to eat them. In this house, we aren't picky. We'll eat doughnuts any time of the day.

These are the cookie cutters we used to cut the doughnuts out after their first rise. 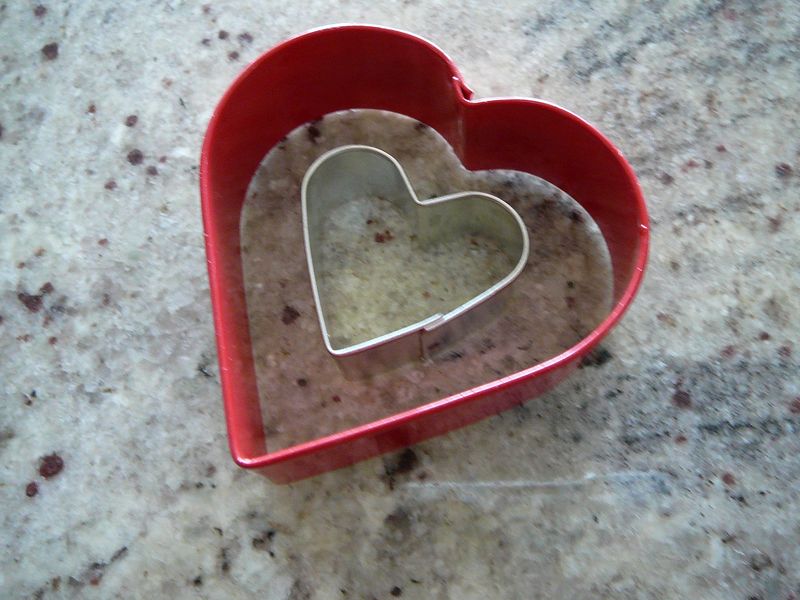 The red cookie cutter is one that came in a four pack of cookie cutters that I got from Target a few years ago after Valentine's Day. I scored the set for $1.50. The small cutter is from a set of mini-cookie cutters. 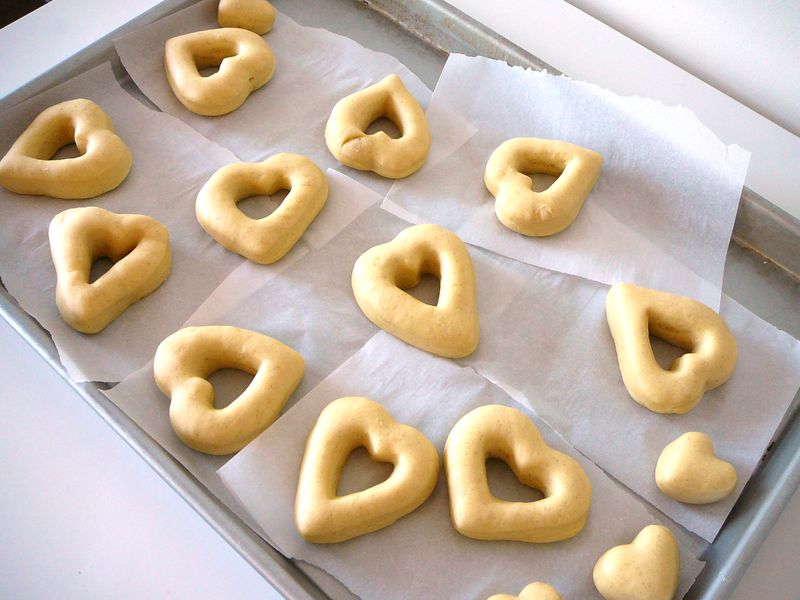 Here's my sweet doughnut enthusiast keeping a watchful eye on the doughnuts as they rise. 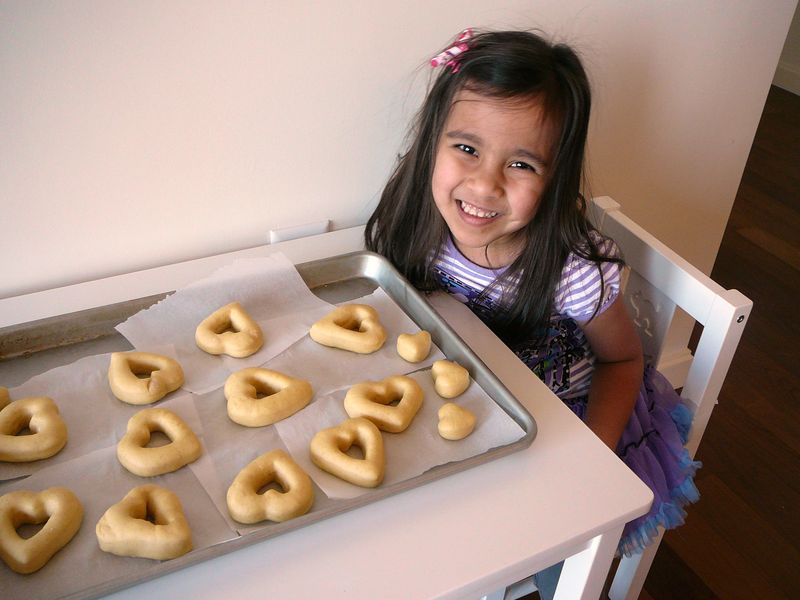 We don't eat many deep fried foods, so I was a bit nervous about the process of plunging raw dough into a vat of hot oil. Using a candy thermometer to keep track of the oil's temperature made it an easy and surprisingly pleasant cooking method.

These puppies tasted even better than they looked. 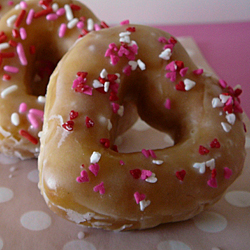 Of course, once they were double dipped in the glaze, we had to shower the doughnuts with sprinkles. My husband ate half a dozen of them in half an hour. They're so deceptively light and airy that if you're not paying attention, you can finish way more than anticipated. Notice that there are no photos of the min-heart doughnut holes? That's because they were all eaten before the glaze even set. 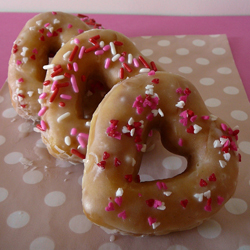 Mix the yeast, water, milk, and one tablespoon of sugar in a bowl. Allow it to sit for ten minutes until it starts foaming. The foaming will indicate that the yeast is active.

Add the butter, flour, eggs, vanilla bean paste and remaining sugar to the yeast mixture. Mix with a wooden spoon until a sticky dough forms.

Knead the dough on a lightly floured surface until it comes together.

Place the dough in a greased bowl, cover with a damp paper towel then a kitchen towel. Allow it to rise in a warm place for about 45 minutes or until it doubles in volume.

Once it has doubled in size, turn the dough out onto a lightly floured surface. Kneed for about 5 minutes until the dough feels smooth and elastic when pressed.

Roll the dough out to about 1/4 of an inch on a lightly floured surface and cut doughnuts out with desired cutter.Place cut doughnuts on a baking tray lined with parchment paper. Cover the tray with a kitchen towel and let it rest in a warm place for about 30 minutes or until it rises.

Heat oil in a deep sauce pan until it reaches 350 degrees. Fry doughnuts for about 20 seconds on each side, or until golden.The doughnut holes will fry much faster.