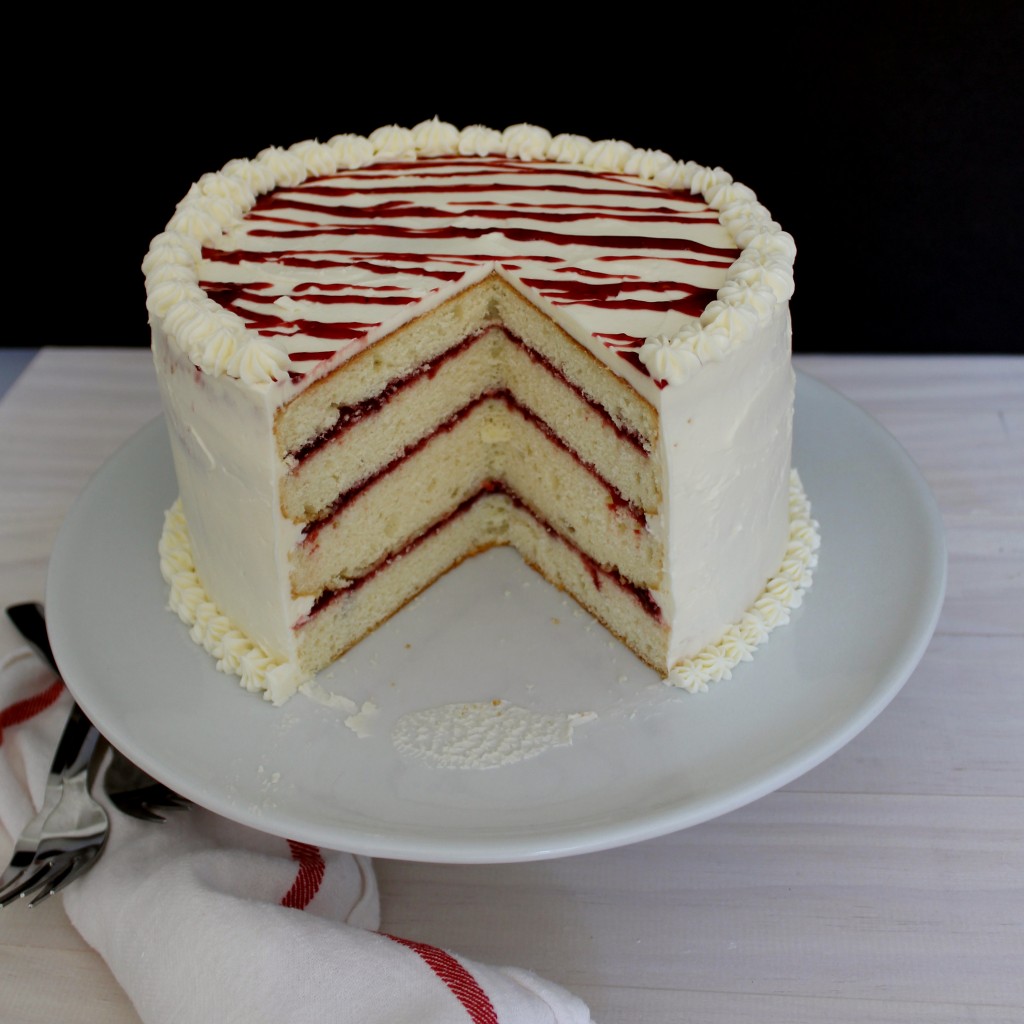 For those of you who follow my blog, you know how picky my family is about desserts. Picky, picky, picky. I could complain about it, but guess who’s also a picky, picky eater? ME! That’s why I started cooking and baking. If you don’t like something, make it yourself! The one dessert that will always make my husband and girls happy eaters is a moist, tender, buttery, vanilla cake. My girls also happen to love white chocolate. So one day while I was enjoying a crisp piece of toast slathered in butter and homemade raspberry jam, I thought, why not make a yummy vanilla cake and layer it with this raspberry jam. 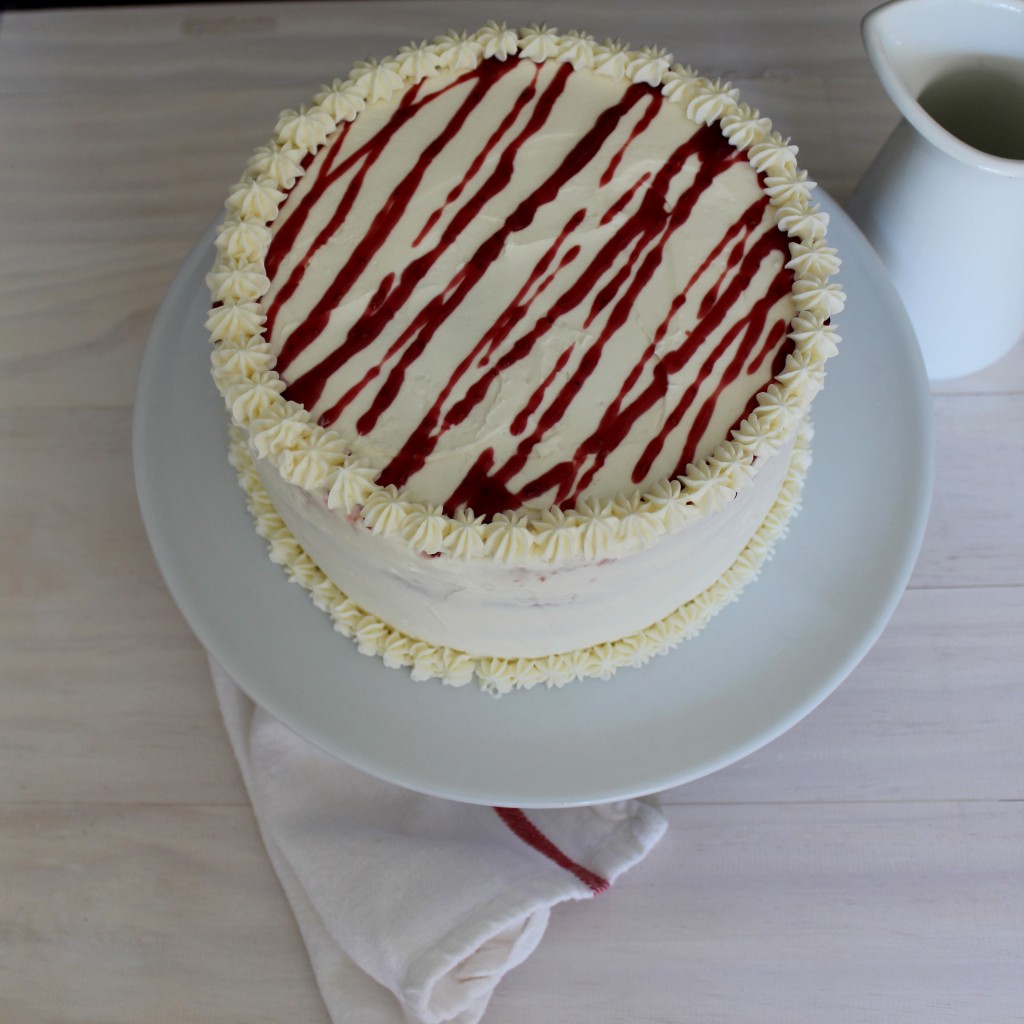 Once I had the inside of the cake decided, I asked my girls what would be a good frosting for the cake. After a lot of silly suggestions (like cheddar cheese frosting and pancake frosting), my six-year old suggested white chocolate. And boy was that the perfect suggestion. White chocolate and raspberries are a classic combo, and it’s for a very good reason. White chocolate can be super sweet, so if you pair it with some tart raspberries, it’s perfection.

This frosting is actually a Swiss meringue buttercream. I’ve tried making an American style frosting with white chocolate (butter, powdered sugar, white chocolate, cream, and vanilla), but it always turned out way too sweet. I think the difficulty with an American frosting made with white chocolate is that you have to add even more sugar to an already sweet white chocolate. But that’s not the case with buttercream. While buttercream is also made with some sugar, the whipped egg whites and butter give the frosting it’s silky consistency, not the sugar. So you use much less sugar in a buttercream, allowing for a more balanced cake topping. With a Swiss meringue buttercream, you basically cook your egg whites and sugar before whipping them into a meringue. Then, you add the butter – lots and lots of butter. Give it a good mix, then like magic, it turns into the smoothest, most delicious frosting ever. 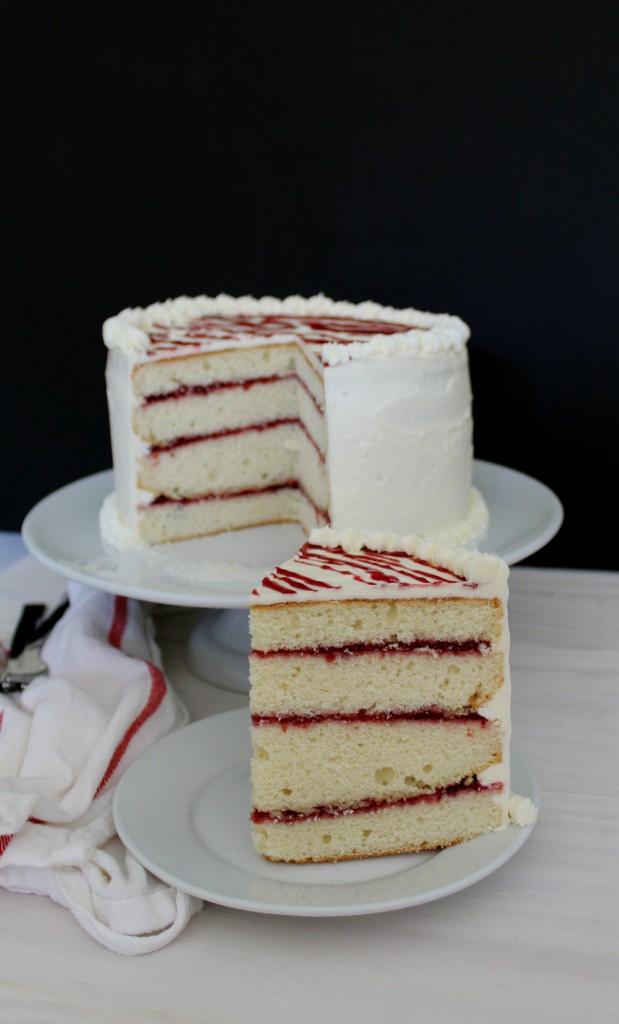 While this recipe may seem daunting, it’s actually very easy. If you have a KitchenAid mixer, it’s even easier because the mixer does all the work for you! I used my KitchenAid to cream my butter and egg yolks for the cake batter, and my KitchenAid whipped my egg whites into the fluffiest meringue for my white chocolate buttercream. Wanna make this recipe but don’t have a mixer? Don’t worry because you can enter below to win your own KitchenAid mixer!

Some of my blogging friends and I got together to offer our readers a chance to win a  one of these awesome mixers! You can enter here:
a Rafflecopter giveaway

This raspberry white chocolate cake is so versatile. It would make the perfect celebration cake, or you could make it for an afternoon tea. I made this one when we went over to a friend’s house for lunch. Their kids are also vanilla cake fans, so it was the perfect treat to share. I wish I had a slice left over to enjoy right now. I may be pulling out my mixer tomorrow to whip up another one! 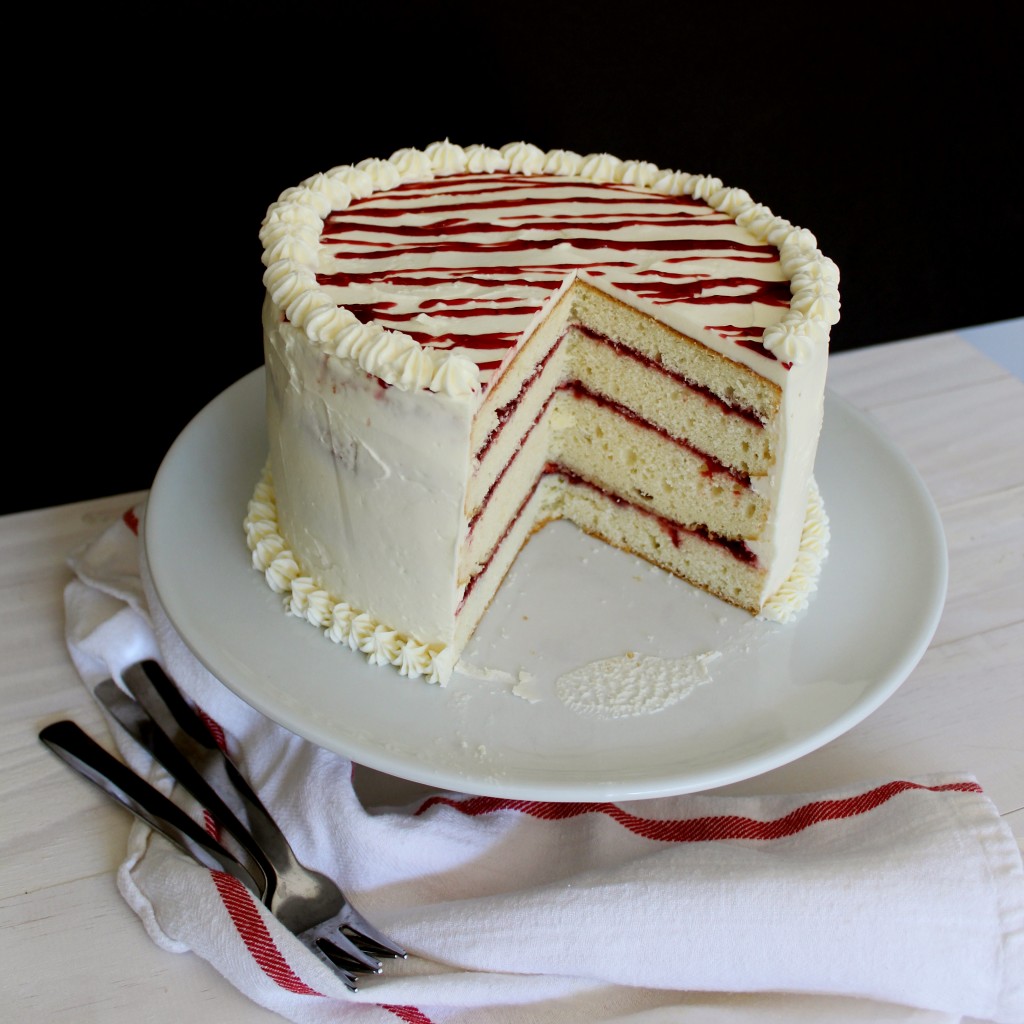